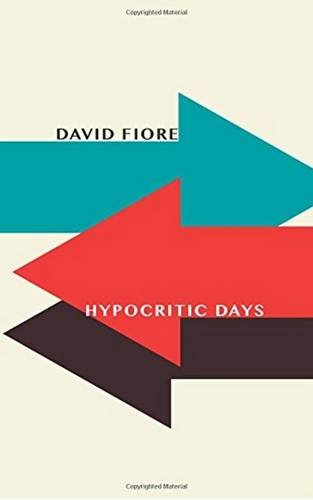 The tall, dark-haired swain grinned. “Douglass, there’s a rumour going round that you’re some kind of a saint.” Nora whacked him in the back of the head. Gently. “I’ve always thought of myself as more of a Bodhisattva,” I replied. “A body-what-va?” he laughed. “I never know what he’s talking about either,” Eileen chimed in. “It’s Buddhist,” Nora explained. “A bodhisattva’s just an enlightened person who sticks around to help the rest of us out of jams.”—David Fiore, Hypocritic Days (2014)

The time-traveler is, at bottom, like the superhero, just a regular person with god-like power. Morally, intellectually, and emotionally, they’re just like us. That’s precisely what makes time-traveler stories like Hypocritic Days so compelling. Same is true of superhero stories like Spider-Man. If time-travelers and superheroes were as omniscient as Allah, as selfless as Jesus, and as wise as Buddha, they’d bore us to tears. What makes them interesting is their human, all-too-human flaws and limitations. At their worst, and most thoroughly debauched, they’re miserable, misanthropic monsters—Wolf-of-Wall-Street types—who hate humanity almost as much as they hate themselves. At their best, and most enlightened, they come to look a whole lot like the archetypal saint described, with Plutarchian precision, in Leonard Cohen’s Beautiful Losers (1966): “Far from flying with the angels, [the saint] traces with the fidelity of a seismograph needle the state of the solid bloody landscape. His house is dangerous and finite, but he is at home in the world. He can love the shapes of human beings, the fine and twisted shapes of the heart. It is good to have among us such men, such balancing monsters of love.”

If you’re looking for a time-travelling freak show like The Butterfly Effect, Fiore’s novel is going to disappoint, because Douglass Infantino, the protagonist of Hypocritic Days, is a rather mild fellow who lacks the tempestuous temperament that so often accompanies great heroism and great villainy in a Dostoevsky novel. Though he makes mistakes, Douglass is basically a good person. Unlike Dorothea, there are things that Douglass simply will not do, regardless of the rationale. It’s not that he’s perfect or incorruptible; it’s just that his capacity for evil is, regardless of the timeline, rather limited. At his worst, he’s really just a garden-variety douche-bag, a minor-league heart-breaker, and a somewhat shitty friend. But at his best, ah, at his best, he shines; at his best, he’s a saint in precisely the sense intended by Leonard Cohen: “A saint does not dissolve the chaos; if he did the world would have changed long ago. I do not think that a saint dissolves the chaos even for himself, for there is something arrogant and warlike in the notion of a man setting the universe in order.”

Douglass isn’t Saint Douglass at the beginning of Hypocritic Days. Quite to the contrary. He initially goes back in time to fix history, save the world, and set the universe in order. But, to put it mildly, things really don’t go as planned. Incidentally, one of the great strengths of this novel is that Fiore makes Douglass pay for this hubris. Big time. But this is perhaps to be expected. After all, to anyone who was, like Fiore, raised in the Church of Marvel Comics, it seems perfectly obvious that with god-like power comes god-like responsibility. The creative geniuses behind the superhero genre have, by and large, dealt with these issues remarkably well. Moral philosophers like Stan Lee—co-creator of Spider-Man, X-Men, and countless other modern myths—have, from the start, been well aware of the deep issues raised by their experiments in ethics. The same cannot be said of the time-traveler genre.

If the superhero genre is defined by the problem of omnipotence, the time-traveler genre ought to be defined by the problem of omnipresence. But, by and large, it’s not. Hypocritic Days is a welcome exception to this rule. For instance, after discovering a photo album lovingly put together by his grandmother, Douglass has to face up to the moral implications of playing god with his grandfather’s life, and making value judgments about his grandparents’ marriage based on bias, incomplete information, and imperfect knowledge. Though short, it remains, for me, one of the most profoundly moving moments in the novel:

“Clearly taken by Eileen herself, these photos composed a mosaic of ironic yearning which expressed a part of her being that I had never understood before (in any of the three timelines we’d crossed paths in so far). She had been deeply in love with this man whom I had allowed to die. This was no rote romance, no unthinking slouch onto the gender treadmill. As limiting and as ultimately unfulfilling as the relationship had most definitely been, Eileen’s brilliant album robbed me of the luxury of pretending that her feelings for Pat had somehow been less ‘true’ to her psychological core than the extraordinary films I hoped she was on the verge of making. I returned the book to its station at the foot of the bed and crept guiltily out of Eileen and Pat’s room.”

If you’ve ever been tempted to conclude—with my Grade Eleven English teacher—that great literature and time travel don’t mix, read Hypocritic Days. It’ll disabuse you of that notion.