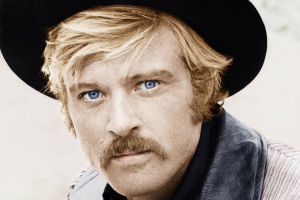 During casting for The Godfather (1972), Francis Ford Coppola got into a huge fight with his producers over who to cast in the central role of Michael Corleone. It was an epic battle that nearly cost Coppola his funding. The producers wanted blonde, blue-eyed Robert Redford to play Michael Corleone, whilst Coppola insisted that this was absurd. Corleone’s character is Sicilian; and, as he put it, “we need to see the true face of Sicily on the screen.” And that meant someone who “looked the part”, someone whose appearance resembles that of the average Sicilian: black hair, olive skin, brown eyes. Eventually Coppola prevailed and cast Al Pacino in the role of Michael Corleone. That role made Pacino’s career what it is today.

The black actors calling for a boycott of the Oscars seem to want the same thing Coppola wanted: namely, a reasonable degree of artistic realism. They’re not saying nominate me because I’m black. They’re saying stop casting Robert Redfords in roles made for Al Pacinos. They’re saying, to paraphrase Coppola, “let’s see the true face of America on the screen.”

At present, we’re not seeing the true face of America on the screen. Quite to the contrary. “And therein,” writes LaTasha Baker, “lies the problem. Emma Stone had a role whose character was written to be Asian. Renée Zellweger’s character in Cold Mountain was a biracial woman in the book on which it was based. And let us not forget how the lovely Rita Moreno and Chita Rivera, actual Puerto Ricans, played subordinate characters to Russian-American Natalie Wood as she played the lead character, a Puerto Rican. The black female character in Gone Girl was completely written out of the screenplay. You cannot tell a group of people that maybe they didn’t get recognized because they weren’t talented enough when they never even got a chance at bat.”

It’s interesting to note that many of the very same people who are highly critical of what LaTasha Baker is saying have no problem with what Coppola said. Apparently art should imitate life if it’s Italian but not if it’s black.

—John Faithful Hamer, The Myth of the Fuckbuddy (2016)

One thought on “The True Face of America on the Screen”