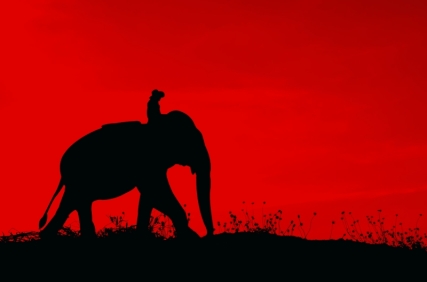 Modern society requires two things. First, you must expect lies. Second, you must not presume that all liars have it in for you (or even that they are aware of how they lie: some are aware; some are not; some lie with good intent; some do not).

The wrong solution to these modern problems is to demand truth, since society has only ever functioned by lies. The best society lives by noble lies (as Plato recognizes); the worst by ignoble. There is no such thing as truth as a foundation for collective human endeavor. Truth may emerge accidentally, usually destructively, but it is never the foundation. The real foundation of society is not an idea, let alone a rational platform or tissue of ideas. It is pre-rational, emotional connection with other people. The ancient world recognized this by making human association into religion, which was always more about behavior (specifically behavior in groups) than ideas (which came later, after the behavior, as reflections of and upon it). Historically, we are charitable (and just and loving and the rest of it) to a fault before we invent some particular dogma of charity (e.g. referring it to some rational perspective or mythical-historical personage).

It is a grave mistake to suppose that the modern ‘Social Contract’ (in American terms, the US Constitution) has done away with the irrational religion at the root of human society. We don’t create societies upon simply rational foundations. When we pretend to do this, to legislate rationally about matters fundamentally irrational, we set ourselves up for problems (when powerful emotions fail to yield to weak reasons, whose weakness is endemic and intrinsic: unconquerable even by the most powerful reason we might invent, because emotion is prior to reason). The appropriate role of reason in modern society is to react to emotion, not to prevent or mask it. To use the old metaphor, the rider cannot ever perfectly dominate the elephant–certainly never to the point of guaranteeing that musth cannot occur. Society is built by containing and channeling emotion, not legislating against it. Behavior is prior to language, and while we can use language to shape behavior, the relationship between the two is asymmetric: behavior shapes language more than language shapes behavior.