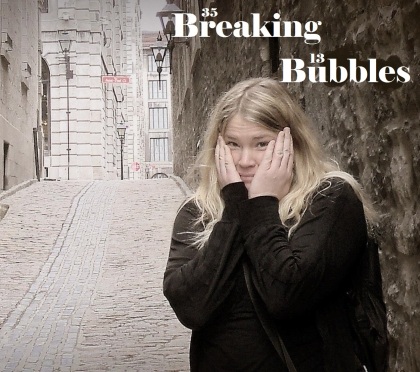 Anna-Liisa quit her job at Dawson College in my dream last night and opened up a wildly successful soap-making business which was eventually transformed into a hit reality-TV show entitled Breaking Bubbles. I still think she should have gone with Soap Club, but, you know, whatever, it’s her show.

SPOILER ALERT: In the first episode of Breaking Bubbles—entitled “She Had No Idea What She Was Getting Into”—Anna-Liisa’s business gets raided by the FDA, and rival soap-making queen Anne-Marie, founder of Bramble Berry®, hires Russian hackers to crash her website.

As Anna-Liisa discovers, the soap-making business isn’t for the faint of heart.

—John Faithful Hamer, The Myth of the Fuckbuddy (2017)