Sometimes, it gets to the point between a man and a woman where she feels she can no longer rely upon him, and this is a problem. The pact she makes with the universe to choose the right guy is put into doubt.

This is especially true when a woman has children. This is her Hero’s Journey. For a woman to go through childbirth and create life is a situation that can only be called heroic. How many men can even fathom this?

A century ago, her risks of dying during childbirth were great. My great-grandmother died at age 40 giving birth to twins. For three days the women of Truro, Nova Scotia took turns sopping up blood with towels in shifts until she died. It affected generations of Wallace men. Women still die giving birth today.

We should never take for granted their struggle. And, once the kids are born, there are countless sleepless nights and diapers and suckling and it just goes on for years! My boy was born with some challenges and I can say he would not be alive today at almost six years old without my woman. She says he’s her little bear, and for now, he’s all hers and she is his. There will be time to make him King later.

Outside of war, it can be argued her challenge is as great as any man’s, maybe far more. How many men cry when the baby comes out after witnessing the birth of a son or daughter like the modern practice calls for? I didn’t, but I would not look down on any man who did. Fact is, mothers are heroes.

And her journey, like all Hero’s Journey’s involves subjugating her own existence for the sake of another’s. It’s a sacrifice in service of a greater good. Sound familiar? All the heroes do this down through time. A man who uses his power in service of himself and others finds meaning and freedom. You and I need to seek ways to do this. She only must have a baby. 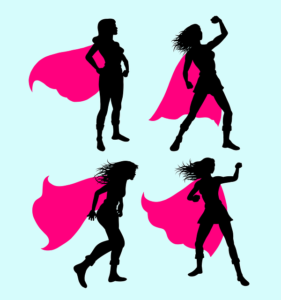 Women are way ahead of us gentleman, in the nurturance and giving departments, by far. While it’s true they are also sexual human beings, if there is a man-child in the house, expect the resentment to build over time. She needs a powerful man, not a boy as a partner. Nice guys are boys. |

I was one, admittedly, and I wish I knew then what I know now. It may not have changed anything, but it might also have made ALL the difference in the world. I regret I’ll never find out because we let trust go too far, irretrievably far.

I can tell you this go around I am all man and she is happy… and shows it. I have earned her loyalty.

How to recover? Assuming there has been no cheating, where trust is fundamentally broken on both sides, is there a way back? Maybe. All she wants is a powerful man. She takes a HUGE risk on whichever man she chooses because she has twenty good years of fertility, and she spends most of those years caring for little ones so can’t prepare for old age like a man can.

Think there is nothing to the feminist rant about these things? Think again.

I’ve had guys have success using this simple strategy I’m about to share with you to regain their wife’s trust. It doesn’t always work but it’s a wonderful exercise, nonetheless. Get this, I use this at home every so often to mix things up, and everything is going great. And don’t tell me you don’t want my life because I assure you that you do (your version of it).

Here’s what I think is worth a shot:

Guys start and first ask their wives, “what’s one thing I can do for you today?” and then do it. Doesn’t matter how small a thing, just get it done. Fix a drawer that gets stuck, repair a light, tile that needs cementing, a bike tire that is flat, drop off a parcel or pick up dry cleaning, whatever it is just do it. Doesn’t matter if it takes until five minutes to midnight, get it done. Then say nothing. NOTHING. ZERO. FUCK ALL. NOT A WORD.

Next day, one more thing. ONE THING and NO expectations, NO looking for points, NO pat on the head, NO sniffing for pussy or angling for compliments. NOTHING. If she says thanks, it’s “your welcome” and NO smile, NO lingering eye contact, just GO about your business.

You ask: “what’s one thing I can do for you?” and add it into your schedule. Don’t bat an eye.

SO now, you do it. You take care of your job, your gym time, your children, and your whatever else responsibilities, AND this one thing for her. Just one thing. That’s it, that’s all—no more, no less.

Just do the one mother fucking thing every day and forget about it. FUHGETABOUTIT…

Do it for a month. Do it for two months. Do it for three months. If she hasn’t kicked your sorry ass out of the house and you are still there in month four, do it all that month too. 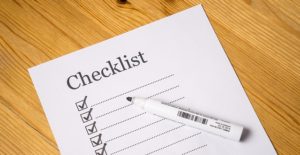 I’m not saying this will work for you. I’m saying I’ve seen it work for dozens of men in my time. Not all, but some of them probably bullshitted as to if they did it perfectly or consistently… or at all.

A man who uses his power in service of himself and others finds meaning and freedom.

What part of that don’t you understand? It’s about service. Living is giving.

No woman can love a man unconditionally, and it’s best to disabuse yourself of this expectation for good. Oh, maybe she can muster it for a short time, but don’t get sucked in by this, not one bit. Your mother didn’t (bless her heart) love you unconditionally and neither can your woman.

We band together as man and woman for mutual need, to shore up each others’ weaknesses while benefiting from each other’s strengths. It’s about surviving against a harsh world. No one has time for white flags.

One of your strengths is supposed to be your power.  Her archetype for love is the powerful father. It’s a gal’s first love and she will never lose this need for the masculine’s powerful love. You were gamed by your mother’s love and it left you searching for her in your partner. My missus has some of my mother’s qualities, but can she love me like my mother could? Ha! Not my missus. Can’t happen. In fact, she loves me just as my mother did, conditionally disguised as unconditional but clearly conditional.

Don’t be fool.  The boy must leave his mother to become a man.

In time, the men who have consistently applied this strategy have reported good results. Some guys save their marriages. It’s because as they get lost in the daily habit of doing just that one thing for their partner, the joy of service to each other returns to the pair bond. That’s where the sacrifice lies. Would I die to save my woman from harm? Of course, I would, I’d easily defend her to the death!

Then, why wouldn’t I do one thing for her? Each day.

Sometimes a few days or weeks or months go by before she starts to respond. “Here, I sewed that shirt you ripped last year,” she says as she hands you a bundle of material and turns and walks away. That’s a test, a shit test if you like. Or maybe it’s something else, but her nature, her very nature is to nurture, for God’s sake. You think if you give her an opportunity to do what she is best at it won’t surface? Chances are it will.

Don’t count on it. If her one thing is “sign these divorce papers giving me the house,” see a lawyer. Don’t be stupid. Don’t jump off a bridge because someone told you to. You may have heard your mother tell you that.

Almost 70% of things in a marriage are not resolvable. My wife hides shit. Changes where she puts stuff. Opens something and leaves everything right where she opened it. Used to drive me nuts. She couldn’t take a picture of me and the kids worth saving. And, the house was not up to my standards. It’s not that I’m Felix from the Odd Couple, but I like stuff to go where it’s supposed to go, so I can find it again.

So, I bought her an expensive camera for Christmas one year. She’s frugal. What does she do? She opens a photography business and learns to take pictures. We live on two hundred acres and soon she has people over posing in front of our artisan well, the apple blossoms in spring, the old rail fences, etc. Her goal was to pay for the camera. She’s been at it for three years now and has added to her income every season. Camera has paid for itself twenty times over, and it was a gift! She takes great pictures of me and the kids now. She’s a whiz at photoshop.

Once the kids were in school, she searched for something she could do, yet still be able to cancel at any time. She tried having daycare kids over last summer but didn’t like it. One kid was a handful and despite my help at times when he acted up, she lost her taste for it.

She starts cleaning houses for $25-30 bucks an hour. I shut up, remembering what happened with the camera. Holy shit, wouldn’t you know it, not only was her calendar full of happy customers, it shows at home where she elevated her game and lowered her tolerance by several degrees. I just stay out of her way and never complain about her approach. 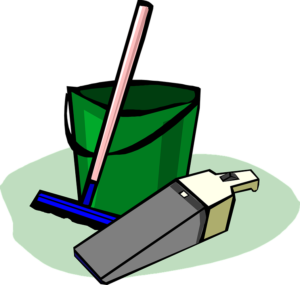 She still hides my shit though. “You can’t always get what you want,” goes the Rolling Stone’s song, “but if you try sometimes, you will find, you get what you need.” Indeed.

We train each other. And the magic is in having a little more awe for our partners. Awe, that sense of being small in front of the stars, or the majesty of a mountain, the distance of the sea. A man with a loyal woman by his side has the wind at his back… but must stay out in front of her to feel it. Holding space in your heart for awe when it comes to your partner is part of what makes it all worthwhile.

Just do one thing, selflessly. Women command, men lead. Do it because you can. Not because you have to, not for any reason other than you are a man and you can do this one thing every day for this woman.

It’s what men do.

Stay powerful, never give up
cw

©CKWallace July, 2019 all rights reserved
Book time with the Advisor to Men here 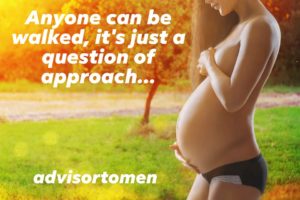