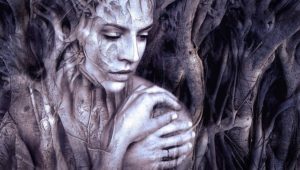 You will often read me saying women are more valued by nature and that men are the expendable sex. Sometimes a guy thinks this means I am putting women on a pedestal. Of course, this is nonsense. It’s as if they are saying unless you have contempt for women, you are glorifying their existence. Bullshit.

Perhaps we should glorify each other, which is more in line with what what I teach, and that is a long way from pedestalizing women (will that become a word?). Don’t be a fool about things but we should look for opportunities to appreciate each other. A lot.

It is just I realize women’s value is a biological reality: I see examples of gynocentric favouritism all over the planet in both the animal and human kingdom.

For example, there will probably always be rape. It is why women will never be able to walk the streets in the night anywhere half dressed expecting no one will molest them. It’s not fair but then again, life is often not fair. There will likely always be some lesser value male who cannot compete for females effectively who resorts to stealing something of value from a woman, with tragic results.

It is also why women have been “spoils of war” since forever. There is not a culture on the planet where women have not suffered in war because of their value, and either been raped and killed or become captive slaves or concubines for a conquering army. Note, this goes on around the world to this day, for example in Nigeria and the Syrian caliphate war of late.

Look up any Indigenous tribal culture and raiding for women was rampant. In one wonderful book in my library, A Stolo-Coast Salish Historical Atlas, it details how rival tribes used the tides to raiding advantage heading up the Fraser River in the south of British Columbia.

In what used to be freshet flooded plain between the cities of Abbotsford and Chilliwack, BC, the natives who lived there became known as “people of the reeds,” because they would run really fast over the swamp, knowing just where to step, and escape into the hills, They bought extra time by seemingly walking on water while their pursuers would stop and sink into the bog where they could be killed by warriors lying in ambush.

In the old growth forests overlooking the plain, the tribe had constructed hiding places, camouflaged earthen caves dug into the mountain where women and children would wait while the men fought the intruders.

Women have value, and that value is sought after by men. Put all the men over here in one group and all the women over there in another group and soon you will see the men drift towards the women. It’s an irresistible pull, a natural force of nature itself programmed deeply in mankind’s psyche.

That doesn’t put women on a pedestal but just recognizes this truth. The w.o.w. effect (women are wonderful) is a measurable reality. Right or wrong.

So is a woman’s other side, her tendency to compete covertly using mean remarks, social exclusion and by trying to win over your friends and allies. Her power can be abusive when it’s turned against you.

Neither is recognizing abuse of empathy as her birthright pedestalizing her.

I’m older, much experienced and more educated than my missus—all things which count for fuck-all when we argue.  Fuhgetaboutit. It’s recognizing her power and according it respect. Value judgments are secondary to appreciating how she is made and operates.

Get bitten by anything in the animal kingdom and the chances are it will have been by the female of whatever species. From mosquitoes to lionesses, females are survivors of the fittest kind first and foremost. 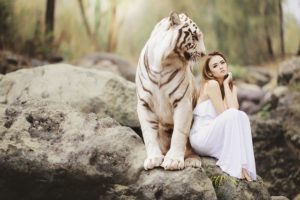 There are key differences between men and women. Don’t listen to the social constructionist “move to androgyny” narrative prevalent in western society’s media. Equality of opportunity is one thing, but generally men and women are too different to be considered equals. This post is about her value to nature, so I won’t go over our many contrasts. It is enough to say the case is strong nature makes her more valuable than men and that men, therefore, are more expendable.

There are good and bad in both sexes, and context is everything. Using scarcity—a widely accepted measure of value—women are more valuable based off their shorter fertility window alone. She has roughly 20 good years, between ages 15 to about 35, before risk to her and baby go way up. So, she risks far more in mate selection.

Men have triple or more her fertility period. I’ve already told you about the 90-year-old farmer in Rajasthan who fathered a baby girl with his fourth wife in 2007. I myself am 62 with an eight-year daughter and six-year old son. Women can’t do that and if they do, it makes international news. 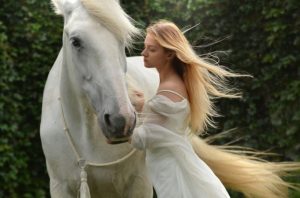 Heck just look out at the bird feeder and see the male Cardinal in his bright red plumage (or most other songbirds). Meanwhile, the female is more buff coloured. If a Sparrow Hawk (American Kestrel) happens to catch the couple unawares, he’s getting it first. That is expendability.

This same male expendability is reflected in society where men are 90+% of workplace deaths, up to 95% of deaths from war, etc. These are all things you know. To think men are not the expendable sex is to deny reality. Seems to me we can accept this with grace and make the best of it, or we can whine about it.

Men are also far more likely to die in childbirth and die earlier in life. Our life expectancy is less than a female life expectancy.  There are  more developmentally challenged men as well as more bright ones at the two ends of a Bell curve. Women cluster more safely in the middle of distribution.

I agree there were constraints on women in days of yore that do not exist today. This is largely irrelevant to this discussion and so I’ll skip the presentism to theorize about the merits of old cultural norms.  But it’s also true that: “Ont as tous les qualites de nos defauts.” Translated:  “We all have the faults of our qualities.” Both sexes are good and bad. On that we are equal.

I’d like to see more discussion in society about women’s and men’s preferences and differences but without the blaming (and anger). I also think a man can get stuck considering these things and embrace a disdain for women, and I see evidence of this every day. Many times this is prompted by painful divorces. The pendulum of fairness has swung wide and will come back to middle eventually. Yet, if your view of all women rings with contempt, I suggest that is an unsettled part of your personal maturation as a man. Same goes for women when considering men.

Just as men have great gifts of aggression, sometimes this gets the better of us. In one context aggression is critical, in another it’s a detriment. An aggressive man who wants to fight you is one thing, one that will back you up in a fight is entirely another isn’t it?

A woman who can maneuver covertly and win over people to her cause is a bitch when it goes against you. But when she uses her power in your favour. it’s more than tolerable, it’s encouraged. I’ve seen this too many times to discount it. Context.

I have spent the last few decades learning sex differences as a result of being disappointed with my father when I mentioned I was having a hard time understanding women. He answered, “You’re not supposed to,” which I thought was weak as fuck. Resolving to do just that I found my father was wrong: we can understand each other, and it’s not that hard.

I have been following along from a behavioural science viewpoint while observing how women work through my relationship with Gallup as a Strengths Coach.  As VP for the largest paid sales newspaper company in the world where I ran teams of teens and young adults in close quarters for a couple of decades, it gave me access to a live lab of sorts.

I was never a red pill type, but I listened to Tom Leykis in the early 2000s for a few months and saw the reality many men were facing (with the traditions of womanhood, shall we say, long on the wane). I also lived through feminism’s heyday, something I find contemptible now. Well intentioned but mistaken idealists I call them. There is always a danger of adopting ideologies on both sides, and red pill is a male feminism equivalent.

I just think the answer is to know our strengths and weaknesses on each side of the gender energy divide. I’m aware of women’s faults, but also appreciate her gifts. I’m aware of men’s faults but appreciate his gifts. We are a team, and a people, and knowing our tendencies and proclivities is critical to having any chance at winning any kind of game, the game of life included.

I’m not intimidated by either gender’s powers gone awry; nor am I deterred from finding the awe in people on each side. That’s the thing about male maturation. If you are to become an elder of your tribe, as a man you will need to discover the inter-connectedness of all things, including this energetic female force you may presently find so befuddling. 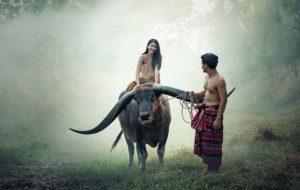 Men and women have been banding together since the dawn of time to benefit from each other’s strengths and shore up each other’s weaknesses. If we were the same, if she were more like me, there would be no need for each other. Think about that for a moment: what kind of egocentricity demands others be more like us?

Fact is, her depth and wider perception balance out your narrowness and single-mindedness. Her power with people and your power with things are what makes you an unbeatable team. Striking a balance which respects differences while recognizing each other’s value and place in the natural order of things is what makes the pair bond interesting and so incredibly rewarding. Sure, it’s risky. All good things are. What’s bad about her? Instead, try: what’s good about her? Men lead; women command.

It is only when a man is fully secure in his power that he can appreciate the intricacies of his relationships and see magic in those around him. You must push yourself to find this wellspring of strength. Even if it is pain which motivates your quest for consciousness is slow. So little of your existence makes its way into awareness that each small realization is a gift of body and mind and heart.

This is what a man’s power really is: it is agency over his being. It’s him taking the hidden parts of soul and the quiet voice of spirit and finding and living his potential and possibilities. You have a bigger mission in life than just understanding women. Make that part easy.

Find it early, find it late, we must all find love.

Stay powerful, never give up
cw

The rose breasted grosbeak at my feeder. The darker male has white and black colours with a rose breast while the female sitting on top of the feeder just blends into the background and is barely visible…