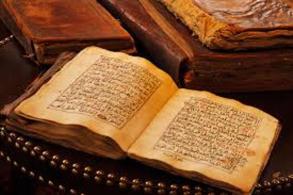 While I was losing and finding myself in grad school, I stumbled into a little Buddhist sangha where I met the editor of a small press interested in doing books about the relationship between Eastern and Western philosophies. After listening to me babble informally for a while (about philosophy in general, my dissertation in ancient Greek philosophy, Buddhism, etc.), she asked if I would do a book for them. I said I would, and I have been diligently (but only too slowly) pounding away since.

As inspiration for my project, she gave me a very nice little book about the experience of a Western academic philosopher (from Virginia) who went over to India to teach Tibetan monks a course in ‘our philosophy’ while attempting to learn for his own part more about theirs. What struck me about the book was how classroom-bound we appear to be. The monks were still building a βίος (in the Greek sense) after the fashion of (say) Diogenes of Sinope, but the university professor was not (and found that aspect of their experience and training a bit strange, particularly when it led them to value an end of rational discussion, a disavowal of ‘the life of the mind’ that obsessed him). I wondered where we (‘the West’ in my editor’s formulation) lost the sense of building life as a philosophical endeavor: the professor offered a line about the independence of the individual in Western life which seemed to address this concern a bit, but my own historical research (and experience working in the university) made his idea—that Western philosophy equips us to live as autonomous individuals maximally independent of irrational notions—too naive to take very seriously. So I started (or rather continued) reading as much ancient material on philosophy as I could find—philosophical literature, history, and interpretation (including many exceedingly boring books by interpreters of Aristotle).

Beginning with the Ionians (pre-Socratics), I find the ancient notion of philosophy (in the West) perfectly congruent with Buddhist and earlier Eastern notions of living skillfully (knowing one’s environment and responding intelligently to it, managing internal and external phenomena with intention in the manner of an ancient sage, yogi, or shaman). Of course there are windbags who affect expertise they don’t possess to make money or fame (the pretenders Plato casts as sophists). And many regard the alchemy of the philosophical bios as a questionable use of time (to put it kindly: witness Aristophanes’ satire of Socrates in the Clouds). But the concept of philosophy as something lived remains (and philosophers share a kind of cult, a religion that includes gods, offerings, taboos, and rituals that prepare philosophers for actions trivial and serious on the stage of human drama set by the cities and countryside they frequent). It remains right down to late antiquity (when the schools close under Justinian?).

At this point, things become hazy (for me). As near as I can tell, many philosophers continue to practice recognizable ancient forms of their vocation—without formal organization, or with some adjustment (converting to Christianity or moving to Persian territory in search of more lenient political regimes). When philosophy re-emerges in the West (in the courts of Byzantine emperors, the notes of learned monks, the lectures of medieval cathedral schools), it is pedantic commentary on what has become an alien experience (the old religion that was ancient philosophy). People who live dedicated lives in the manner of the old philosophers are often unlearned friars or hermits (whose primary intellectual stimulus, where it exists, is more likely to come from Christian prayers and liturgy than from ancient relics of paganism). Meanwhile, people who study those relics, right up until the Renaissance, are motivated mostly by ‘idle’ (in the pejorative medieval sense) curiosity, which they attempt to redeem by inventing theology (the first modern science! and quite dismal, though it has some funny consequences, like Ramon Llull trying to convert Muslim philosophers to Christianity with logic: at least he recognized the futility of violence).

Hunting proof that God really exists in a particular and predictable way, Western theologians stumble into the Enlightenment (with absurd hopes of understanding all things, hopes that many ancient Greek philosophers would have joined generations of Indians and Chinese—Ajivikas, Carvakas, Buddhists, Daoists—in deploring). From the Enlightenment, the Western theologian emerges transformed into the professor, a pedant in love with this unique idol of Reason, an image (Greek εἴδωλον) that exists without any obvious grounding in historical experience or culture (since he inherits it reading from old texts whose practical historical circumstances have vanished: he is reading the liturgy for rites he has never seen, let alone participated in). And so today, we find a strange disjunction between philosophy in the West, such as it is (a rational mind cut off from irrational passions), and philosophy in the East (which has never lost the sense that humanities we cultivate must cohere to inform some kind of human life good in its entirety, its rational and irrational parts: the mind is an expression of the passions, a tool of the passions, something we develop not to overwhelm but to guide and enjoy them safely).

That is, more or less, the territory I see my project covering (with a great many detours to discuss ideas and practices that we have forgotten in the West). I freely confess that I am rather crazy, that some of my passion for this vision of Western philosophy comes from a personal perspective that involves me playing a role in my own society not altogether unlike that of the ancient Cynic. I seek a simpler life, closer to nature than history places me—and my best position in society appears to involve more ridicule or indifference than plaudits. I have no great track record in publications, little interest or money for academic conferences, and much of what I think about philosophy and humanities flies directly in the face of the modern American university. Like Diogenes, I deface the currency.